You may have heard of a cool game called Mystery Men!
If not, then all the info you need to get the free e-book or to order a real paper copy for only $8.00 can be found here on the LAND OF NOD blog. 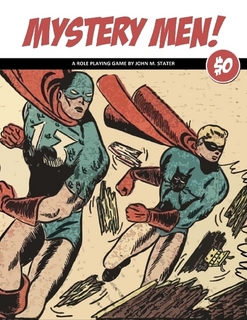 Mystery Men! is a superhero role playing game inspired by the golden age of comics.  The sample characters in the book are derived from characters in the public domain.
Public Domain Superheroes and Comic Book Plus are great sites to research these types of comic books.
And although that is the historical focus of the sample characters and background, the simplicity of the rules and the creatures and enemies provided would allow you to easily run it with other genres such as science fiction or fantasy.

The only thing "missing" is a way to roll random super powers.
(I only say "missing" because many other superhero games include this feature.)
And so...

Random Power Tables for Mystery Men!
These tables are intended to determine random powers for the Adventurer class, but could also be used for the Scientist or Sorcerer with some small adjustments

During character creation, you first need to know the character's Power Level and total starting XP to be spent on super powers.
Then you can decide which power tables you want to roll on based on the XP point range you want to spend on each power.
Keep in mind that the XP cost of the power could be reduced by 50% if you choose to give it a flaw or describe it as an object, gadget or item of power.

After deciding the XP cost range you would like to spend on the power, I.E. which table to roll on, roll the appropriate die for the row and the column and cross reference to find the number of the power on the list of powers below.

I could potentially reduce the cost of any power I roll by 50% by giving it some sort of flaw or saying it's built into some kind of item. 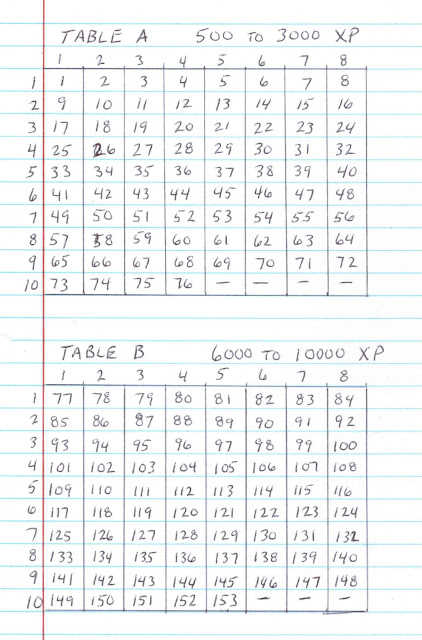 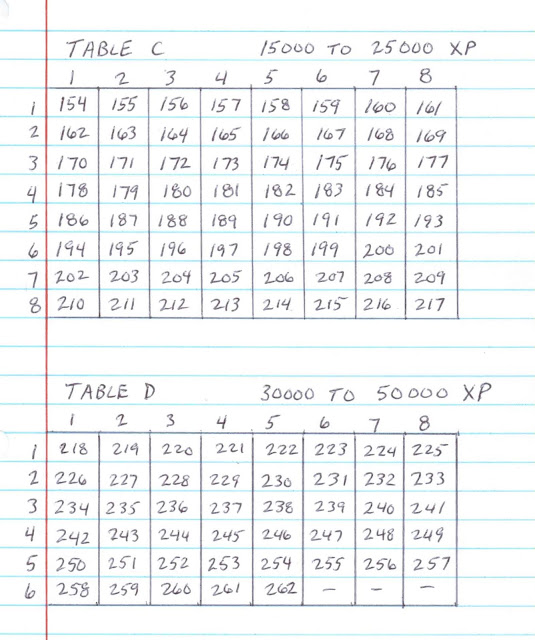